At Midway Dog Academy, we know that dogs are pack animals – that’s the reason why the specialized training utilized by our professional dog trainers in Cheverly, Maryland use your dog’s natural pack member instinct to achieve a healthier, happier, more balanced dog. With proper training, your dog can unleash his or her full potential. Midway Dog Academy’s unique training programs in Cheverly will help your dog re-establish his or her normal pack order — your pup will learn how to socialize with dogs the right way and become a wholesome part of the family when you work with the trainers at our dog training facility in Cheverly.

When your dog re-establishes their pack drive, they will learn proper social interaction with other pets and become a properly balanced dog. If you would like to keep your dog happy and healthy at home or in public places in Cheverly — then Midway Dog Academy can help you. You and your dog will both have fun at all the new spots you’ll be able to go to once you implement the art of guiding and leading your dog.

Midway Dog Academy’s trainers also offers training that teach dogs how to greet new dogs and strangers. Along with other very important skills such as: obedience training, manners, social skills, behavior modification, potty training, and much more. Our training facility in Cheverly, MD is ready to work with you to fully train your dog – regardless of age, breed, or behavior. If you are all set to begin training your dog – then we have a selection of dog training packages available to match your dog’s needs and your wants. A couple of our available options to choose from consist of puppy training which covers potty training with bells, obedience training, and a lot more. We also have adult and senior dog training programs that include obedience training, behavior modification for some of those undesirable more challenging problem behaviors, socialization, and TONS more.

Usual dog behavior issues that our client dog’s needed assistance with include Biting/nipping, stealing stuff, chasing cars or bikes, incessant barking, pulling on the leash, running away, or still having problems housebreaking him or her. Our professional dog trainers can help solve and correct these frequent problems that dog owners may be experiencing. Dog training is never a 1-way street; so with our customized training approach you can trust both you AND your dog getting the best coaching that you want and more importantly need. To get started on your dog training journey, call one of our dog trainers in Cheverly, MD today. Your dog could get a COMPLIMENTARY evaluation from one of our professional dog behaviorist. Once the assessment is completed, a individualized training program can then be put together for your dog that will include the behaviors you need corrected, manners you would like your dog to recognize, and all of the new skills you would like your dog to have.

Our team of experts are dedicated to bettering the lives of dog’s and their owners and to reduce the number of dogs that end up being given up due to poor habits. That is why we regularly write and publish popular dog training articles and advice on common problems along with solutions. Puppy board and train programs in Cheverly, MD are the most popular training choice for busy families or people that feel they lack the time to train their dog. Your dog will live with us in our home and learn everything he or she need to know in order to be a well-mannered family companion. Once your dog has finished their portion of the training  – it’s time for you to learn everything your dog learned during a ‘Train The Owner’ lesson. 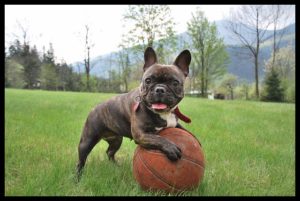 Does your dog have more challenging behavioral habits? No problem, our experienced dog trainers in Cheverly can help resolve your dog’s issues and behaviors. During our evaluation, we’ll help you understand  what may have caused the behaviour and then we will put together a customized training protocol that will help get your dog back on the correct route. With hard work and consistency, we’ll  help you redefine the relationship to be able to achieve your training goals. Dog obedience classes in Cheverly is a great choice so that you can participate in a group class with other owners to better your dog’s obedience by learning basic commands. You can also learn how to fix dog behavior problems, learn how to interpret dog behaviour, and socialize your dog the best way. 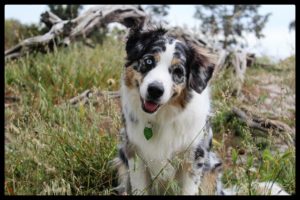 In-home dog training in Cheverly, MD allows you to work with one of our professional trainers one-on-one in the comfort of your surroundings. That way you can work on specific problems you may be having that are unique to your house. Each dog will be individually evaluated to decide if private lessons will be the best solution for you and your dog. This way you can set realistic goals that can be accomplished during your private lesson training program.

Do You Want Your Dog To:

Sean and I are so grateful that we found you for training Amber and helping fix her (and our) issues with the separation anxiety she was having. Obviously living with a large German Shepherd with any type of behavior problems is rough, much less one that would chew her way out of her crate and then eat the door, carpet, or window frame. Her time with you is just what she needed and just what we needed in order to get her back on track and give us a fresh start. Thank you again! 6 months later and she is still doing great!

I am still in awe!

From the dog training to the nutritional advice to the new routine that you've given us - we truly cannot thank you enough. We clearly were a mess when we brought Bruno to you and really thought that all the freedom we gave him was a good thing (yes, we were raising him like he were another child of ours); which was doing more harm to him than good. Luckily, he was still young enough to be saved and retaught the GOOD behaviors that we envisioned. Thank you again for all of your guidance.

Very happy with the results

I am typically hard to please or impress on top of my usual skepticism. That being said, when I initially talked to Megan about the details for bringing my lab to her for a month long board and train she was very clear and upfront about what I could expect and the results that would be realistic to achieve given my dog's history. After one month, I came to pick Eddie up and I was actually blown away by the results, it was more than I thought was possible. He was relaxed and actually playing with other dogs. That was a game changer for me and I absolutely recommend Megan to everyone I know with a dog.

For 7 loooooong years, we tolerated and allowed our dog to basically run our house. He was pretty obnoxious in every way which included barking at everything - even if nothing was there, terrorizing our children, jumping, stealing, chewing our children's toys, STILL having accidents - (you get the point). I was at my breaking point when we had to replace our carpet for the 3rd time due to his potty accidents he was still having. We took him in for his initial evaluation and Megan told us it was most certainly a learned behavior and their was never any real structure in Jax's life (which there wasn't in hindsight). After 3 weeks, he came back a NEW and AMAZING dog. He was respectful, polite, well-mannered, and finally enjoyable to be around. We obviously have to keep up with the training otherwise im sure he'd try to pull his same shenanigans again. But we stick to the training program and everyone is happy!

Find Out More About Cheverly, Maryland

Cheverly is a U.S. town in Prince George’s County, Maryland, located within very close proximity to Washington D.C., though not bordering it directly, unlike its neighboring communities of Tuxedo and Chapel Oaks, which go all the way up to and touch the Maryland/ D.C. line. The town was founded in 1918, and it was incorporated in 1931. Cheverly had 6,173 residents as of the 2010 Census.[4] Cheverly is contained between Landover Road (MD 202) to the north, Annapolis Road (MD 450) to the northwest, John Hanson Highway (U.S. Highway 50), the Washington Metropolitan Area Orange Line train tracks, and Beaver Road to the east, 54th Avenue, the Baltimore Washington Parkway (MD 295), Belleview Avenue, Kenilworth Avenue (MD 201), and Craftsman Circle to the west, and the Parke Cheverly Apartments, Lydell Road, Arbor Street, Carlyle Street, Columbia Park Road and Reed Street to the south. Cheverly borders the adjacent communities of Tuxedo, Chapel Oaks, Landover, Landover Hills, Villa Heights, and Bladensburg. The major roads that go through the town of Cheverly are Baltimore Washington Parkway (MD 295), Landover Road (MD 202), Kenilworth Avenue (MD 201), Cheverly Avenue, Columbia Park Road, Hospital Drive, Pepsi Place, and Lydell Road. While an overwhelming majority of Cheverly residents are mainly served by the Cheverly Metro Station, which is served by the Washington Metropolitan Area Orange Line, there are some residents who live in the area of Cheverly right off Landover Road (MD 202) who use the Landover Metro Station instead as it is more directly located and more convenient for them to catch the Washington Metropolitan Area Orange Line. There are also several Prince George’s County The Bus and WMATA metrobus routes that serve the town of Cheverly, MD on Annapolis Road (MD 450), Landover Road (MD 202), Cheverly Avenue, Columbia Park Road, Hospital Drive, Pepsi Place, Lydell Road, and Kenilworth Avenue (MD 201).

This presentation contains images that were used under a Creative Commons License. Click here to see the full list of images and attributions: https://app.contentsamurai.com/cc/83866

All Rights Reserved. ©Copyright of From Lead To Leash 2022